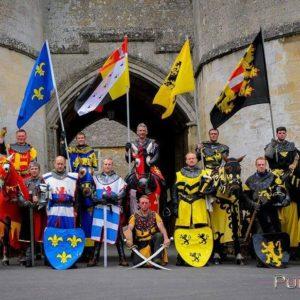 Ah, those magical Medieval days…remember them like yesterday!   Okay, maybe not, but who’s to say we can’t experience another day in the life?

The organisers of Northampton Town Festival have travelled back in time to bring you back Knights of Nottingham for one weekend only!

The Nottingham Jousting Association (now the Knights of Nottingham) came into being by accident. In 1970, the City of Nottingham held a large festival and because the city has always been closely connected to Robin Hood, it was decided that the festival should have a medieval theme. The daily highlight all week was to be a jousting tournament. At this time, there were no professional jousting troops in England, and a group of stunt men were asked to arrange the jousting sequences. 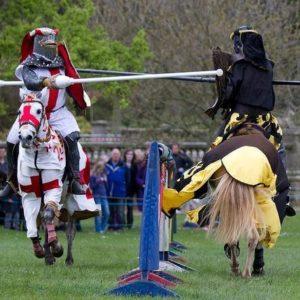 Medieval Jousting brought to you from Knights of Nottingham, where anything can happen!

Cheer for the Jousting White Knight or boo at the Black Knight; then again everyone loves a bad boy ! Hear the thunder of the charging forces as the two great Knights battle on the jousting field.”

The shows are extremely entertaining, with gripping performances that involves the audience. From children to grandparents, they are encouraged to ‘boo’ the dastardly deeds of the Black Knight, to ‘cheer’ the chivalrous actions of the White Knight, whilst the humorous actions of the drunkard knight cause everyone to smile at his antics! 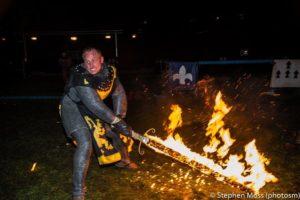 In recent years the Knights of Nottingham have represented Great Britain in the World Jousting Championships that have been held in Canada and the USA. On both occasions they have come home with the World Jousting Tournament Trophy, a feat made even more outstanding by the fact they had to use hired horses that had never jousted before. The lads’ skill and bravery shone through proving that the Knights of Nottingham really are the best in the world. 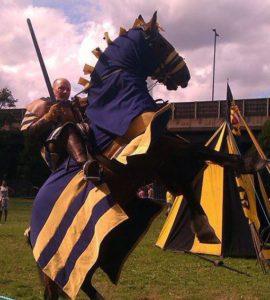 So be you a brave knight? Dare you enter the realms that were once of Robin Hood?  We know that we wouldn’t miss it for the world!