The Clock is ticking and we are buzzing with excitement! – The #NptonTownFest line up is here! 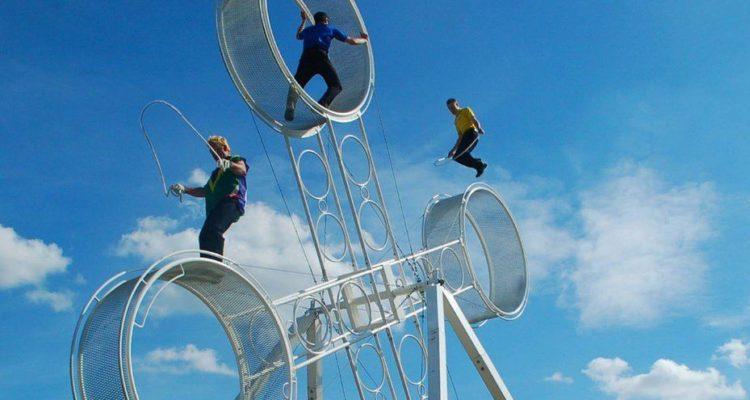 The Clock is ticking and we are buzzing with excitement! – The #NptonTownFest line up is here!

Arguably Northampton’s biggest and best annual event has announced its entertainment line-up.  The Northampton Town Festival, now in its second year following incredible success in 2016, delivers not only a funfair of epic proportions, 2 days of trade stalls, Kid Zone and a huge local produce marquee, but also provides non-stop entertainment to dazzle and amaze everyone – whatever your interests and whatever your age.

The 2-day weekend entertainment program covers 2 huge open air arenas and we are unbelievably excited to now reveal the plans!

The Festival will boast a huge variety of acts and performances ranging from the World-Famous Vander Wheel of Death Stunt and Acrobat Team to the Twice World Champions and the original British Medieval Jousting Display team, The Knights of Nottingham – the line-up for the weekend really is second to none.  These world-famous acts combine with community displays from Proaction Martial Arts & Fitness and The Duston Dogs Agility Team with the Northampton Army Cadet Band kicking off the proceedings in true style in the main arena at 11am on the Saturday.

Saturday and Sunday evenings bring the glorious hot air balloons back to the racecourse as they take to the skies both evenings.  Saturday night also sees a huge firework display from the Balloon Arena.

But this is not all!  The festival is also hosting The Lawmen – an unmissable show team of lawmen and ladies, of gunslingers, fallen women, and other ungodly outlaws who bring the wild west to Northampton.  The Close Encounters Stunt Kite team will also be wowing audiences with their dramatic and awesome displays.

We are working on the schedule for the weekend’s entertainment, this information only describes some of what we have in store for you but as it stands at the moment (we’re so excited that we had to share), here is the lineup!

The Northampton Town Festival is free to enter, car parking is £5.  You may bring a picnic if you wish but there are plenty of delicious food stalls to tempt the taste buds!  Nobody is permitted to bring alcohol onto the site and there are security door checks.  You can buy alcohol if you wish when inside the showground.

For obvious reasons, we must state that if the weather is not kind to us, then some or all of the entertainment will be cancelled and / or rescheduled with little or no notice if necessary.  We would hate for anyone to sustain any injury due to taking unnecessary risks.  The event team thank you for your understanding.