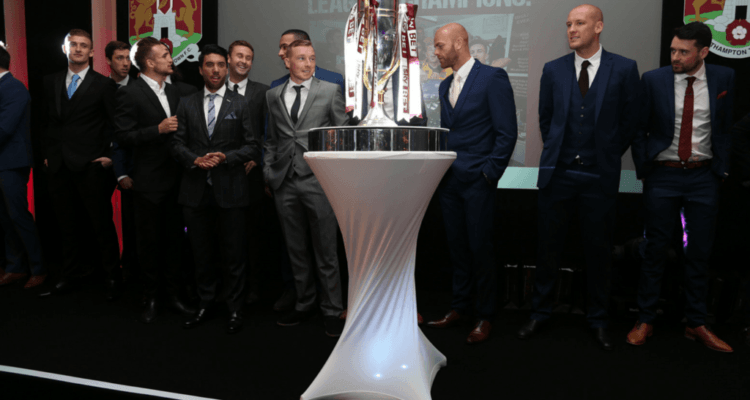 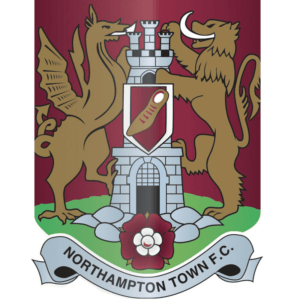 Well well well, we wouldn’t have a complete Town Festival without the support of our local town football club would we?  ‘course not! So here come The Cobblers supporting Northampton Town Festival in it’s pride!

Not quite up to the standards of Cobblers Stadium, but there will be a chance for you to have a go at a moment in the life of Ricky Holmes!  We dare you to take a penalty in the inflatable goal! 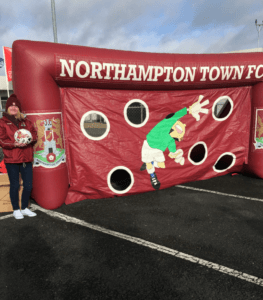 Last season was remarkable at Sixfields. After a dominant campaign that included 10 successive wins from December to February, the Cobblers were promoted to League 1 on April 9 after a 2-2 draw with Bristol Rovers at Sixfields. They secured the club’s first title for 29 years the following week, winning League 2 after a 0-0 draw at Exeter City. After ending the season with a joint club record 99 points, and on an unbeaten run of 24 matches without defeat, work is now well under way to prepare for the new season in League 1.

As the players continue their preparations for the 2016/17 season, come and join us and test your footballing skills in our inflatable goals, come and say hi to Clarence and maybe even have your photo taken with the League 2 trophy!

Come and pay us a visit and our staff will be pleased to help. We can also let you know that tickets for matches at Sixfields are free for under 7s!” 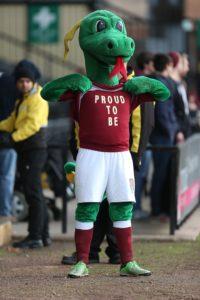 NOTTINGHAM, ENGLAND – NOVEMBER 21: Northampton Town mascot Clarence the Dragon displays a proud to be slogan prior to the Sky Bet League Two match between Notts County and Northampton Town at Meadow Lane on November 21, 2015 in Nottingham, England. (Photo by Pete Norton/Getty Images)

A little bit of history for you…

So get yourself down for a kick around and feel the pride that is being a Cobbler!  See you there! 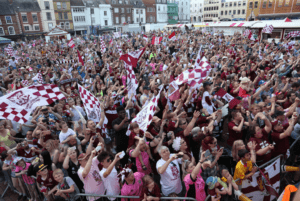